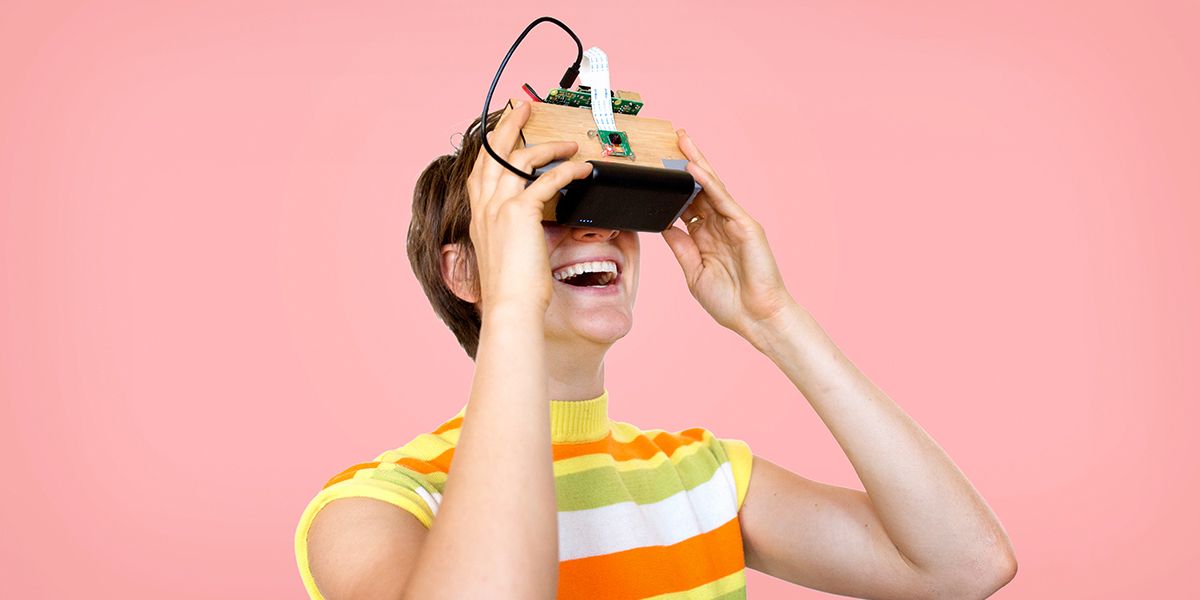 VVVV RRRR consists of a single camera attached to a Raspberry Pi where the video is processed using deep learning computer vision neural optical flow to interpolate the image stereoscopically and then streamed to two 16x9 pixel arrays with an effective resolution of 144 pixels per eye. The body of the VR glasses is constructed out of bamboo and held together with wood glue, hot glue and duct tape. The whole system is powered by a Lithium Ion battery pack handmade by Elon Musk himself.

VVVV RRRR is is loosely based my other project “Ultra Low Rez Video Streamer” where I created an LED array that showed a live video feed that was streamed over 915mhz radio from my laptop. The concept behind the project was exploring the deconstruction of a image but also the reinterpretation of what was perceived – a ghost of that perception.

For VVVV RRRR, I wanted to evolve the concept of the low resolution camera and the low resolution screen further – But this time, completely poke fun of the current craze around VR glasses and the never ending goal of increasing resolution, frame rates, and “immersion”.

Thank you to my beautiful models Brooke and Bryant.