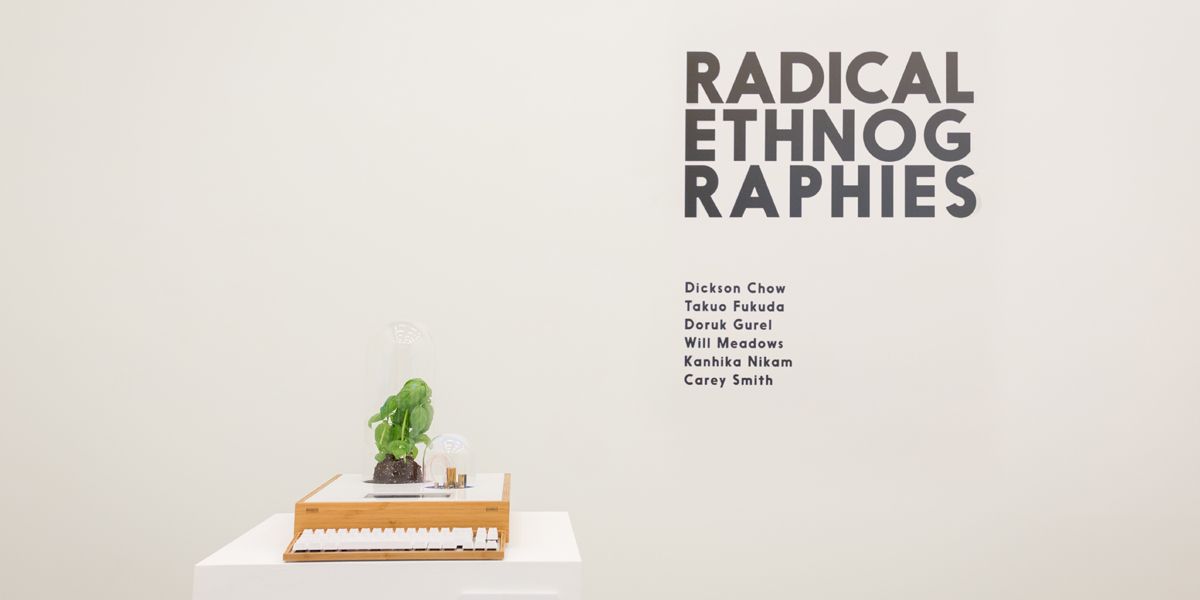 The Plant Human Interface (PHI) is the first product of its’ kind that enables humans to have a conversation with a plant, which is kept alive in a semi-artificial environment within a hybrid closed-loop hydroponics system. The project contemplates a dystopian future wherein such inter-species encounters are rare and precious.
TELL ME MORE!

The Plant Human Interface is the culmination of over 30 years of research in the biocommunications field. The product consists of the plant, a sensing network, a Neurocore machine-learning translator, LCD screen and a mechanical keyboard. The user converses with the plant by typing into the keyboard and the plant’s response is printed on the LCD screen display.

Plant Human Interface (PHI) was on show as part of the MFA Design thesis exhibition, “Radical Ethnographics”, in the Coulter Art Gallery at Stanford University.

The concept behind the Plant Human Interface (PHI) is to explore our relationship as well as my own personal relationship with nature. Over the years, I’ve been increasingly obsessed with plants. My curiosity led me to question other people’s view of nature and how they projected their own emotions onto plants. We often talk about how nature affects us, how being in nature makes us feel but we seldom ask ourselves the opposite; How does our presence affect nature? Does a houseplant really want to be a houseplant? If a redwood could speak, would they ask, “Why do humans love camping so damn much?”

In addition to my obsession with plants, my other work has revolved around the theme of romanticising human interactions. Plant Human Interface plays on that idea and takes it a step further, beyond anthropomorphising the the plant. The device acts as a medium that actually allows the user to talk to the plant directly.

None of the early test subjects survived.

PHI contains a network of sensors that surround the plant including the roots. These wire like sensors pick up the minute electrical signals emitted by the plant which is then sent to the Neurocore processor. The sensor wires also have the ability emit electricals signals to stimulate the plant as well. The NLP (Natural Language Processing) engine takes human input and translates it into electrical signals to be sent to the plant. The machine learning algorithms learns the pattern of the plant’s electrical responses in relationship to external stimuli, in this case, the external stimuli that is generated by the user. Since the machine learning algorithms are adaptive, it will learn from previous conversations which will improve translation confidence and accuracy over time. In essence, the more conversations the plant have with humans, the smarter it gets.

Developing the wetware for PHI at the Neurocore Machine Learing Development Lab (NMLDL).

In going through the chat logs, I found people in the gallery had a lot of fun talking to the plant. They were able to suspend their disbelief and played along, having full on conversations with the basil. The results of those chat session can be turned into another project in itself. At one point, PHI made a movie recommendation, “Soylent Green” and the user told the basil, he/she looked up the movie and thanked the basil for making the recommendation. Delightful.

Early prototype of the frame using unknown type of wood.

Under the hood of PHI.

The world's most intelligent basil.

From the plant's perspective.

Big thanks to my mentors for their support: